Charolette and John had been living in their home for over 30 years. They had raised three children there and refinanced the home to put their children through college. Even though it was small, it had served them and their family well.

Charolette always dreamed of a larger home, with a modern kitchen and a spacious master suite with a large closet.  A home that was large enough for the kids and grandkids to visit and stay for the holidays. John dreamed of owning land and having a large workshop.

On occasion they would visit new developments when visiting out of -town relatives, just to see what was available. It was more than just a curiosity for them, they wanted to move but kept putting it off. They felt that they still needed to work, still had some debt to pay off, and that they would have to do so much work to the home before they could even think about selling.

Everything changed after Charolette and John received some news that made them start to change the perspective on their life.

Soon after, Charolette was going through her routine of picking up the mail before starting dinner, and she saw a postcard that caught her attention.

“The Complete Selling Solution: How to Get Your Home Sold for Top Dollar, without all of the Hassle”

Later that evening, Charolette pulled out the card to show John. He was skeptical, but it piqued his interest enough that he decided to call the next morning.

It was around 9am, and I had just dropped the kids off at school.  When the phone rang I picked it up and John was on the other line. He told me that he had received my card and was interested in meeting. We set up a time for the following evening at his home. This would become the first of many meetings I had with John and Charolette.

The next evening greeted me at the door and gave me a tour of their home.

We talked for a long time that evening. I could sense there was quite a bit of nervousness on their part.  This was understandable, it was a huge step for them and there were a lot of questions that they needed answers to. They wanted to know how much their home would sell for, what items we could take care of, how much it would all cost, how staging works, how long the work would take, and if it was ok for them to live in the home while the work was being done.

I let them know that we could take care of everything and that the expenses could be paid out of escrow. Our staging is complimentary and provided directly through our in-house stager. I gave them a range of prices to expect for the repairs and updates but told them we would have to wait for an estimate from a contractor to get accurate figures.

When I went over the value of their home they were hesitant, they didn’t think it could sell for such a high price. I explained to them that my estimates were conservative and that number would be the very least it would sell for. They were very pleased with that number but had a lot to think about, so we concluded for the evening.

We had several follow up meetings over the course of the next few months. They wanted to update me on what was going on in their lives and see how the market was performing. At that time the market was appreciating and every subsequent meeting I let them know that their home was likely going to sell for more than the previous estimate.

It was well over 3 months since our initial meeting when I got a phone call from Charlotte, she wanted to meet again, but this time they wanted to get started putting the home on the market.  John and Charolette had found where they were moving. They would need to sell their existing home before they purchased their new home.

The first thing we did was to work out a plan. We detailed all the activities between now and when we would get the home on the market. The market was hot at the time so we were very confident it would sell in one week after being listed. From here we went to work ordering inspections, scheduling the work, staging, and marketing.

As I mentioned to John and Charolette, we would handle all the details and manage the project.  Our designer and stager picked out the colors and materials. I met directly with the contractors and tradespeople several times a week at the home to make sure everything was going smoothly and communicated progress as well as the next steps to John and Charolette.

Once all the repairs were done, the floors were refinished and the painting was completed, we started staging. Our stager worked with John and Charolette to transform the home and make it comfortable for them since they were still living there.

The sale was timed perfectly. The market was at an all-time high and the home looked amazing.  The open houses were full and we were receiving an overwhelming response from buyers. We looked at offers the following week, and received an offer so compelling that my clients jumped on it. It was the highest sale-to-date in the neighborhood, and well over my estimates and their expectations.

The transaction couldn’t have gone any smoother and closed in 30 days. John and Charolette enjoyed a short rent back before they moved to their new home. Vini stepped us through every possibility we might come up against when selling our home. He explained all the pros and cons of what to upgrade and what not to. He explained the value of each upgrade and how to accomplish it financially. Our home was one with small square footage. But with the upgrades and his group of professionals the staging made the house a show piece. We are[...] 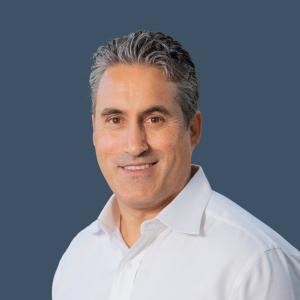